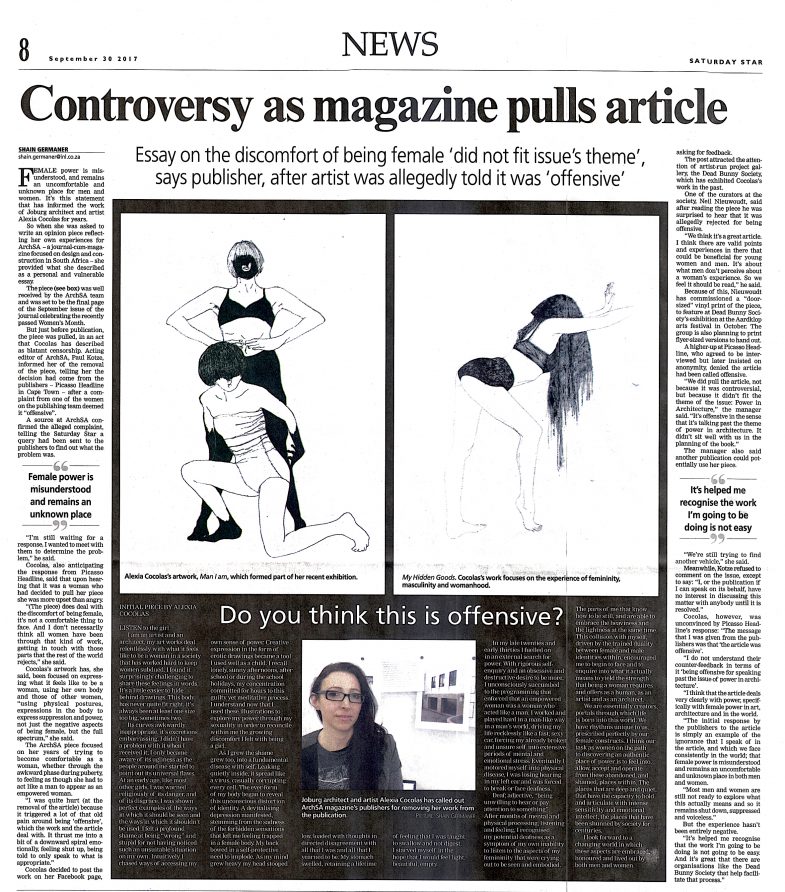 Below is a written piece that I was asked to write for a local Architectural magazine ARCHSA,  which deals in words with the content which my artworks explore; on being female. It was accepted and included in the magazine as an End Note. Just before publishing it was removed by a female authority on the publishing side, she felt it was offensive. I have not been informed as to who it may be offensive or on in what way. 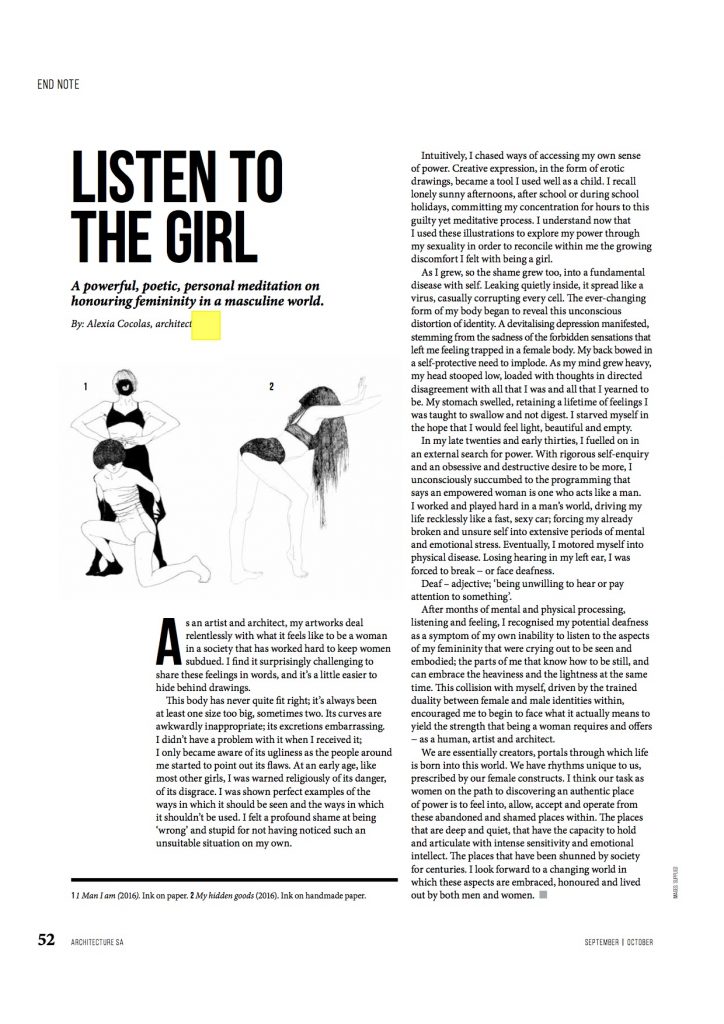